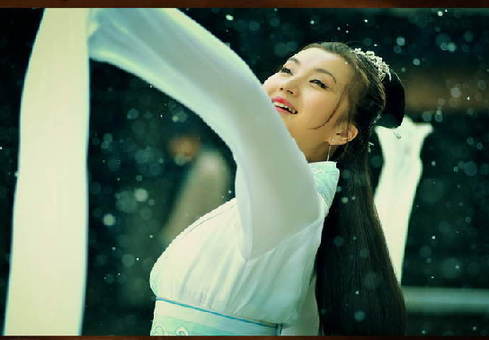 At present, Kangle County of Gansu Province, Mizhi County of Shaanxi Province, and Zhangzhou City of Shanxi Province all have related sites and memorial venues for the scorpion. Gansu Leisure has publicly proposed to build a tourism industry that is â€œthe hometown of the shacklesâ€. For rice fat, if you have the dual brands of "Mizhiwa" and "è²‚è‰å®¶é‡Œ", it is undoubtedly a huge promotion for the county economy.

Now, China's tourism industry is playing a vigorous and fierce battle, the target of competition or historical celebrities, or novel characters, or beauty, or heroes, or poets, or villains, one purpose is to pass these well-known celebrity effects. To attract attention, increase the rate of saliva, and stimulate tourism, thus stimulating the local economy. According to the popular saying, this is called "culture set up, economic singing."

This is really a "new ethos" of China's tourism industry. With the help of modern media, the integration of historical stories, the promotion of the eyeball economy, the maximization of tourism propaganda, and his positive and negative, first speculation.

From the disputes of Li Baiâ€™s hometown to the General Administration of Industry and Commerce, to the two counties in Hebei Province, vying for Zhao Yunâ€™s hometown, and then the two provinces of Shandong and Anhui vying for the legendary â€œmost sinister villas in historyâ€ Ximen Qing was squandered, and went to the ancient Chinese four One of the beautiful womenâ€™s controversy. The battle of celebrities' hometown is in full swing, and you will sing me to debut. Among them, the most widespread, involving the provinces and cities, is the "two Joe" dispute, and even involves five counties including Jiayu County, Hubei, Shangqiu City, Henan, Yueyang City, Hunan Province, and Qianshan, Lancang and Nanling counties in Anhui. Seven provinces.

This is really a strange "human landscape" in the Chinese tourism industry. The expert's statement, the introduction of the classics, the deep excavation, and the wide scope are unprecedented. It is impossible to check whether this is a coincidence or a tacit understanding. It is an official inspiration or a folk promotion. In short, China's tourism industry is carrying out a grand new tourism culture movement that â€œinherits and promotes historical and cultural celebritiesâ€. Its purpose and motivation are nothing more than to inject cultural content into the natural landscape through historical celebrities and attract more people to the place. Tourism and consumption will drive the local economy.

There is nothing wrong with the inheritance of historical and cultural celebrities. Even if you want to take him or her to speculate, it seems that there is nothing wrong with it. No one is pursuing the right to use portraits, and it is not even charged with image endorsements. I am a dead person, who am I afraid of?" This method is at least much more troublesome than asking the celebrity stars who live in the present.

However, the tourism industry still needs to develop valuable natural landscapes and cultural landscapes to improve its core competitiveness, instead of relying on short-term hype or celebrity disputes to promote attention.

Most of the disputes involving historical celebrities are small county towns in economically underdeveloped areas. In some places, in order to achieve this goal, they spend huge sums of money, blindly set up projects, develop various so-called theme parks, and even create celebrity tombs out of nothing, romantically warm. In fact, this is actually the cost of the landscape, the concept of manufacturing, deceiving the consumers; there are places to attract the attention of the stars, and the big names invite the stars to engage in concerts in various names, hold various events, earn eyeballs and consume a lot of money. The result is just earning money and losing money. I neglected to use the limited finance to improve the scenic environment and add facilities to the scenic spot. â€œIt was very hot and I was very lost.â€ The tourists had great opinions.

These signs indicate that China's tourism industry is entering a period of overall confusion, celebrity melee has hit the weakness of tourism, and the variability of propaganda has made many scenic spots a wonderful soap bubble, which looks beautiful! However, China's tourism consumers are constantly maturing. From the low-income era, they can only rely on the theme parks that â€œopen the door to the mountainâ€ to the famous mountains and waters that can â€œwalk and see flowersâ€. Nowadays, people not only love the landscape, but also value it. The cultural content of tourism, but this so-called celebrity hometown culture will only make consumers very disgusted and accelerate the bursting of soap bubbles. (Chongqing Morning News)

Due to the local customs policy, Canada data is with two kinds of data, Canada buyer list (with company name by HS code) and
Canada statistics data (with price, quantity by HS code).
It supports to be checked in the GTO database, without any limitation on HS code or company searching.

If you're thinking about entering a new market, but are not sure which, our data can prioritize target markets.
If you're looking for importers, distributors, potential end customers, or partners, our data can screen out them. 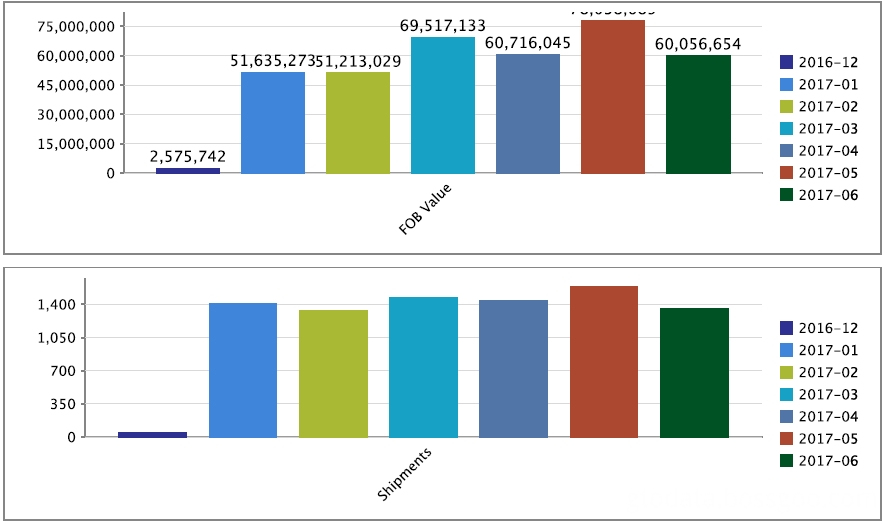