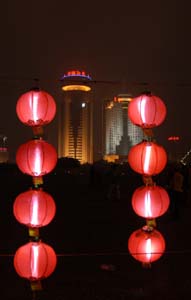 Haikou's ample room prices have not increased much

In the Spring Festival last year, the hotel rooms in Haikou are very hot, so what is the price of Haikou Hotel during the Spring Festival this year? Zhang Huifa, president of Haikou Hotel Association, told reporters that the price of Haikou hotel rooms is basically the same as that of the same period of last year, the price increase is not large, the average growth The range is around 25%. According to the Golden Week forecast information released by the Holiday Office of Haikou City, there is still a large reception space for Haikou tourism.

Yesterday, the reporter learned about the price and reservation of some hotels in Haikou through the network, telephone and other channels. It is understood that most hotels start to increase their prices from New Year's Eve. The rooms in Haikou's major hotels are relatively abundant. Therefore, the hotel's price increase is only on the market, and the increase is generally small. Trainee reporter Liu Jianghao / Wen reporter single party / map

A hotel sales manager told reporters that the hotel's housing is still very adequate, as far as the current situation, there are not many guests to book a room. For the final price change, the hotel is also on the market, and the peers have risen less, and they have followed a little.

The reporter learned from the Haikou City Holiday Office that on the 18th, the average booking rate of star-rated hotels in Haikou was no more than 35%, and some star-rated hotels, social hotels and guest houses were still not booked. On the 19th, room reservations increased slightly compared to the 18th.

Some hotel sales department quotes are lower than the front desk

In the interview, the reporter found that although the same hotel, but in different departments to ask about housing prices, the answers are different. This situation is very common.

Individual hotels do not raise prices during the Spring Festival

The reporter was informed in the interview that due to the different business strategies of various hotels, the starting and ending dates of price increases are not the same. Most hotels have a price increase from January 25th to January 31st, but not all hotels have increased their prices during the Spring Festival Golden Week.